I left you, dear reader, in my room back in Nice wondering how I was going to embrace my solo journey. The following day (and every day since) I met new people who were nothing but warm, welcoming and world travelers. I have a lot to learn from each of these people.

Since I am heading off to bed after many hours of attempted planning for a reasonable way to get from Venice to Croatia, I’m afraid my brain is a mess of ferry schedules and hostel names. But due to my increased access to the power of Wi-Fi, I thought it was only fair that I pass along a couple of Nice beach pictures to satisfy any desires to view the sunny perfect coast of southern France. 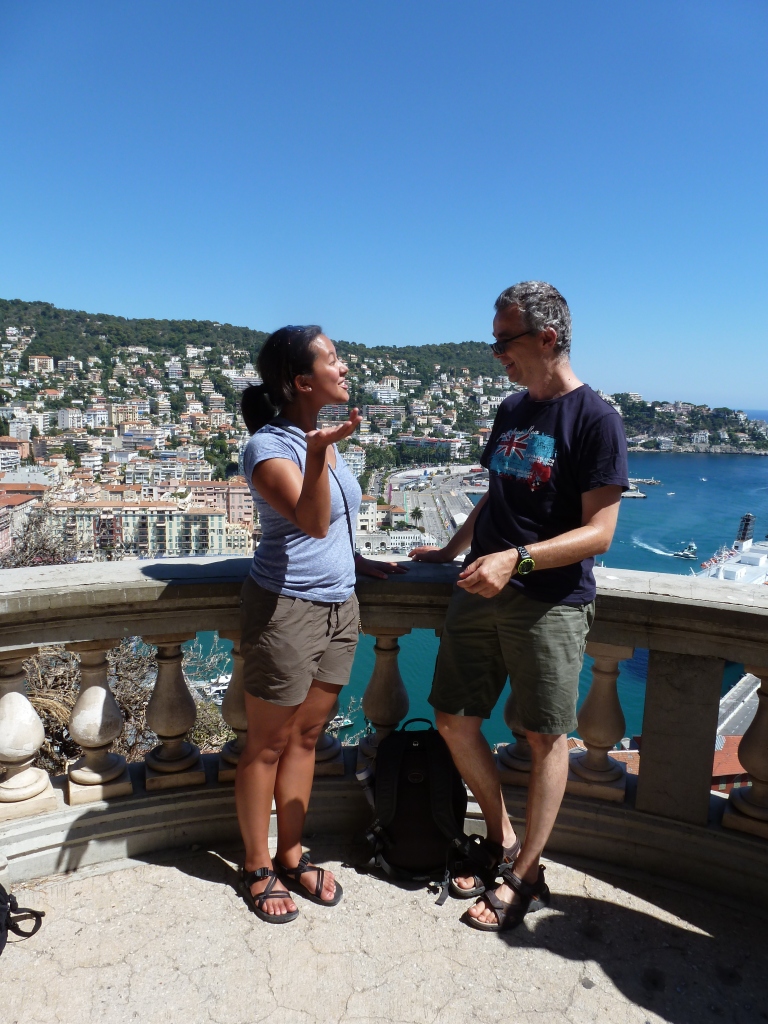 I met this lovely gentlemen Stefan while eating my very French “salad Niçoise” in sandwich form, which is to say all the deliciousness of the salad packed together between two large slices of thick spongey bread. Both of us had independently sought out the shade to escape the Nice sun and eat our little meals in silence. My friendly comment about our similar sandwiches started an entire conversation leading to a guided tour and gelato treat. Stefan lives and teaches in Germany where he is a French professor. He has family and friends in the area and has visited Nice consistently for over 15 years. He wasn’t very comfortable speaking English so we conversed in French and I did my best to channel every verb, noun, and other phrase from my high school vocabulary. We were patient with each other and I got a tour of the city I never would have received otherwise. In this particular photo, Stefan has requested a candid shot. I have absolutely no idea what we were trying to convey…but if confusion was our end goal, I would say we succeeded quite well. 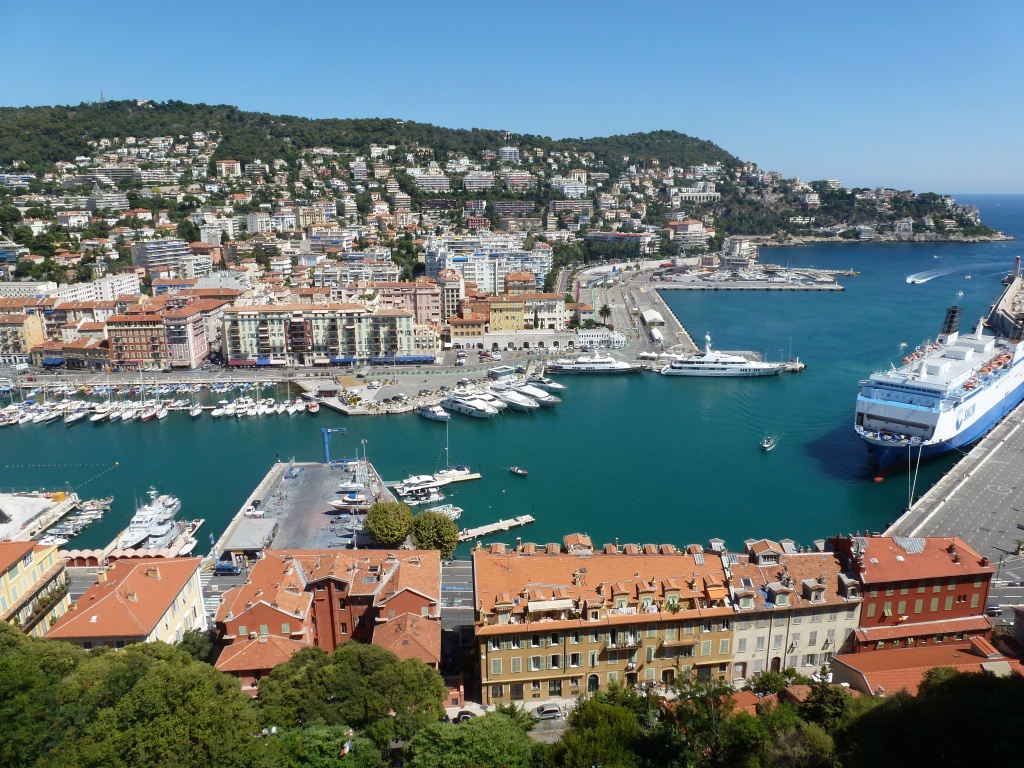 The harbor. Down to the left you can make out smaller boats behind the sailboats in the water. A closer picture from the shoreline shows off the color and detail of these adorable water navigators. It’s a stark contrast from the number of large ferries taking passengers to Corsia and Sardinia every day.

See how cute they are?

All the beaches in Nice are made of pebbles, otherwise known as smooth rocks. In my humble opinion, sand here is incredibly under appreciated  although the stones do make a pleasant sound as they tumble over one another pulled by the receding waves.

[Where in the world is Katelyn update: I am currently in a hotel in Torino (Turin) having arrived in what is fast becoming my favorite city so far. I arrived this morning from Cinque Terre having the most incredible two days. Pictures and details to follow.]