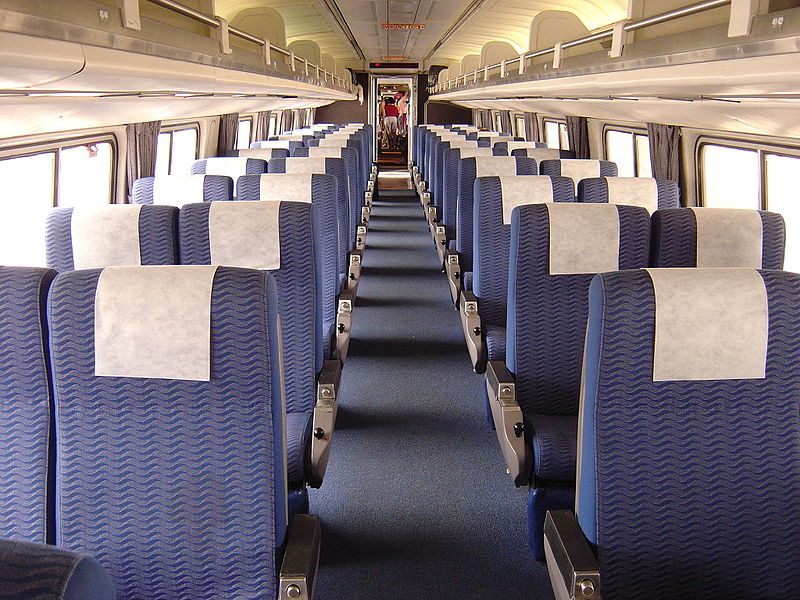 I took the Amtrak train back to New York City yesterday afternoon. In the row ahead, I could see two passengers, one man and one woman, on opposite sides of the train aisle. The man looked to be in his late 50’s. I watched him spit into his hands before running them through his thinning white hair. The woman, possibly in her late 40’s, wore thin reading glasses and had one small suitcase. Periodically, she leaned against the window, eyes focused on the blurred Hudson River rushing by.

As the train pulled into Penn Station, these two strangers began to converse. I overheard the woman was apologizing for her earlier disinterest in speaking with the man.

“This is my last ride back to the city. I just needed to be alone. To think,” she said. “I’m about to move out West and live with my daughter. It’s a good thing but to think I’ll never live here again…after all these years.” Her voice wavered.

The man leaned into the aisle and rested his arm on his knee. He tried to offer some general words of understanding. The man was visiting his son and mentioned a previous divorce and difficult family relationships. Based on overhearing an earlier phone conversation, I’d gathered that his son or the ex-wife wasn’t willing to pick him up  at the station despite all of his luggage. He had angrily hung up on the anonymous party. Well fine then, I’ll just get a cab. How’s that for convenience? He did not reference the call but spoke generally about the importance of family. Crazy Italian family, he said, over and over.

As the train doors opened and passengers filed out, the conversation has escalated and the man had begun to cry. He was still speaking, interjecting with “but you know” after each breath, even though I don’t think the woman truly did.

A woman leaving her life to be with her child. A man trying to find his way back into a family with uncertain ties. And me, a stranger without a single word of encouragement to offer.

A day later, I find myself thinking of these two characters who chose to share a little of themselves on a crowded train  I wonder about the type of people who easily open up to admit sadness and fear. Are they judged by their peers? Do they care? I admire their ability to let go. That sort of open confession has never been my way. Maybe I’m blind to the world, my world, as it is and as it should be. But maybe I don’t want to know.

But recently, even without asking, I’ve received lots of advice and unwanted opinions. Humans are so quick to judge, to sum up a person’s complicated parts into one lump sum. They  offer up opinions as if  they were gifts to be treasured and obeyed. We forgot what it feels like to be on the receiving end of such “gifts”.

Listening to the voice inside one’s own head becomes harder and harder to hear above the fray.

I want the courage to open up despite unknown reactions and unkind truths. I want to admit fear and distrust in my own decisions. And I should also stop giving advice so freely without a second to understand the weight of my thoughts on the hearts of others. Our words should be groomed, fed and well-tended before they are released from the gates into the outside world beyond.

Perhaps, dear reader, we can try to be brave together. We can open up a little and let the world know that sometimes we don’t have all the answers. We have not figured IT out. The unknown can be beautiful too.

Talk to a stranger on a train. Maybe I’ll sit next to you. And we can practice letting go together.

6 thoughts on “Strangers on a train”