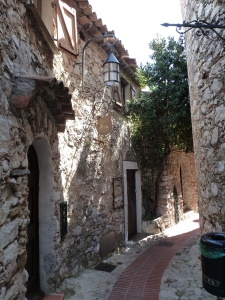 If you have an extra day in Nice and want to get away from the beachside crowds, I would recommend taking a day trip to Eze. Eze Village, and its stone fortress, is located on the hilltop 429 meters above sea level with an incredible view of the French coastline. The various touristy shops, restaurants and history make it a great day adventure before returning to Nice for some nighttime fun.

Eze was original part of Provence but became part of the County of Savoy in 1388. The oldest building in the village, known as the Chapel of Sainte Croix, dates back to 1306. Since that time, the stone fortress was built and rebuilt as power-hungry men with large armies destroyed its walls (Ottoman fleet of Solomon the Magnificent, soldiers of Louis XIV etc.). Eze was also the home to many wealthy families and even Prince William of Sweden during the mid-1900’s. Eze Village is now the location of the swanky Château de la Chèvre d’Or hotel and esteemed restaurants tucked away into the many wooden doors lining the narrow cobblestone paths.

I spent the entire afternoon walking through the winding alleyways shaded by tall stonewalls in a maze-like pattern leading up the hill. Each doorway led to a small art gallery or souvenir shop to attract the hordes of tourists like moths to a flame. Hand painted fans, jewelry and small restaurants selling sweet smelling crepes waited around every turn.

For an additional fee, I gained entrance to the Exotic Garden and up to the highest lookout point in the village. The gardens were beautifully arranged to include desert plants (cactus, aloe) as well as luscious flowers, pools of water and elegant female statues carved from stone.

Another claim to fame for this little hill town village  is a rocky stone path that Nietzsche climbed while composing one of the chapters of “Thus spoke Zarathoustra.” I was not as inspired to write philosophy while walking the path myself but I was going downhill which inevitably discourages such inspiring thoughts.

This trip has so far been divided into three types of days: solo exploration, group activities and travel. Eze Village was a completely solo trip beginning with the small but important discovery of finding the elusive bus stop. I disappeared among the tourists and navigated myself easily while taking pictures of the architecture and gifts for sale. I like these days, the moments of quiet and solitude when there is nowhere else to be and no time to return. I appreciate the days when I don’t speak to anyone except the waiter at the cafe or hostel employee before heading off to bed. It’s new for me, this aloneness, but I’m trying to wear it well.

Just as important are the days when I do have companions to go on exploration adventures with or  friends to accompany me to the nearest bar.  I am thankful for these friends even if our time together is brief without any plans or knowledge of ever seeing each other again. They have given me the needed companionship that I can’t imagine life without. 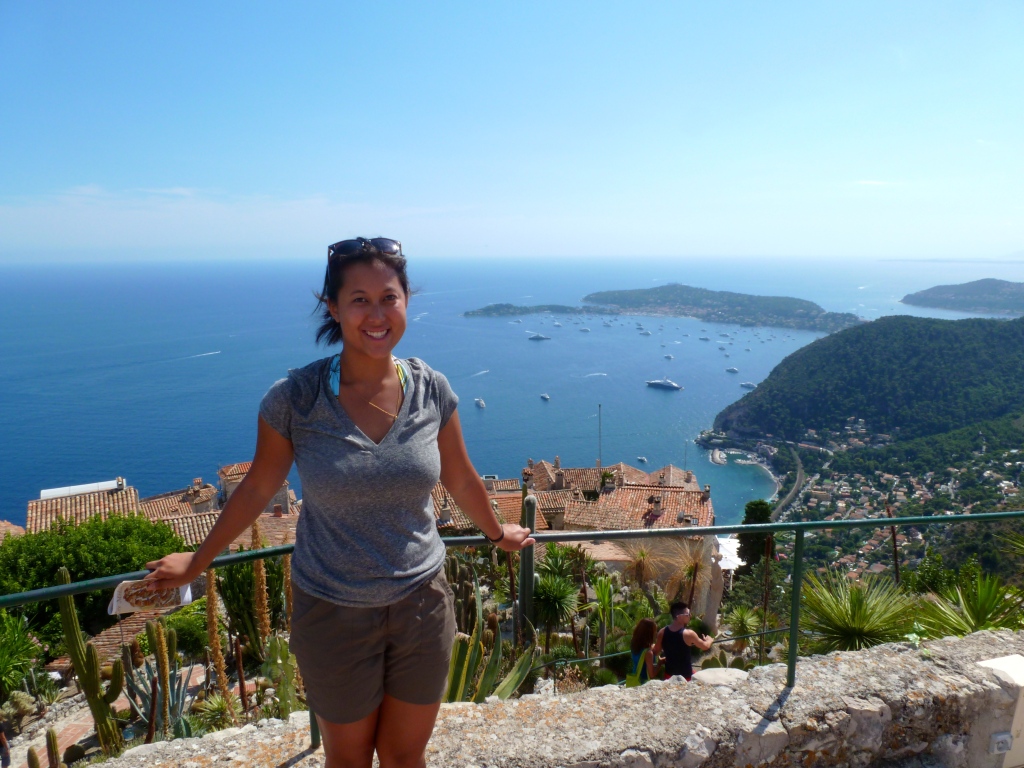